With the faster release cycle and updating of Firefox, it’s been interesting to see features show up in the application like they do in web sites. They’re there the next time you load it, and are discovered almost by accident if you do not go searching for them on purpose.

The other day, while testing various display sizes on this very site, I noticed a new developer tool that was released called Responsive Design View. This special viewing mode was released in Firefox 15, and allows for various device sizes to be represented using the Gecko layout engine without too much hassle. 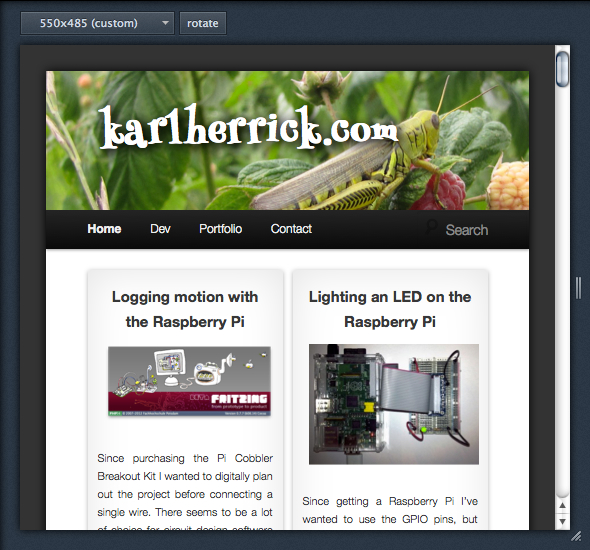 How nice. 🙂 The last feature I found out by accident that made me think, “wow cool,” was the 3D view that was released in Firefox 11. It would have been wonderful to have while developing some animated tabs I had running on here back in the day. Particularly because they would pop up from behind the main container of content on the site… so I had to visualize them behind there waiting for an event to happen to send them shooting up via some jQuery effects. 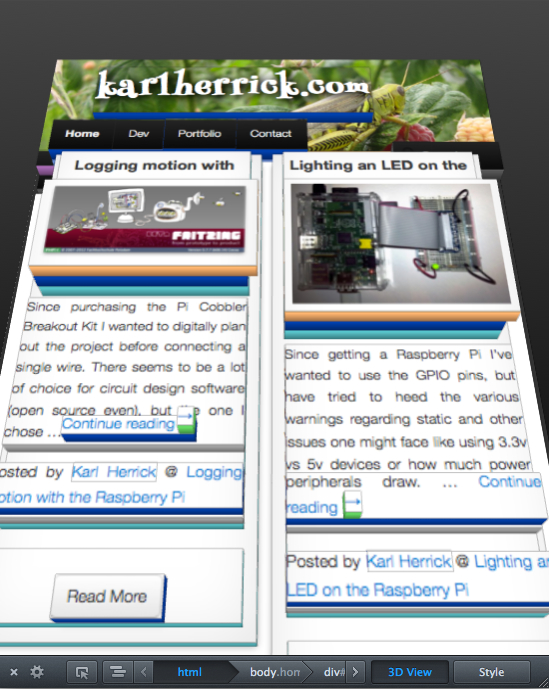